Insurer RSA “would love to have a stronger motor proposition” within its personal lines business in the UK, capitalising on the expertise of its new owner, Canadian insurer Intact Financial Corporation.

Intact, in partnership with Danish insurer Tryg A/S, completed its acquisition of RSA on 1 June 2021.

Speaking to trade press shortly after the transaction concluded, RSA’s chief executive for UK and international Scott Egan confessed that the insurer has an “ambition” to build “a stronger motor proposition” within its personal lines business – something Egan thinks RSA can “learn from our new colleagues at Intact” about.

Although Egan noted that developing RSA’s motor book is not an immediate agenda item, he said “it’s an area we have ambition in. It’s an area we’ve given a lot of thought and attention to in how we might win in that area”. 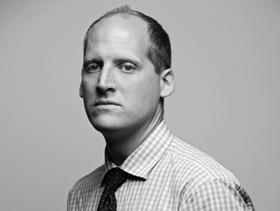 He continued: “The really exciting thing with someone like Intact is they’re obviously a market leader in motor within the Canadian marketplace and I think there’s lots that we can leverage and learn…

Immunohistochemistry Market Size Poised To Rise At 7.8% CAGR By 2027, Due To Rising Occurrence of Persistent Sicknesses & Introduction of Technically Sophisticated IHC Systems